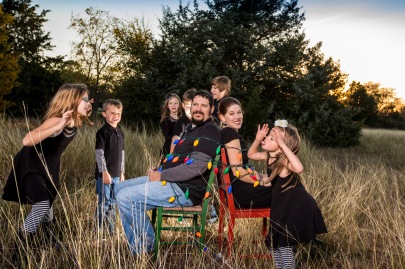 “I hope that one day you have a child just like you!”

Famous words from every parent…everywhere!

Those words are usually said during negative situations, where the parent is frustrated with the child. Where the child has done something to test the patience of the parent. Where the parent’s beliefs are challenged by the child’s actions or beliefs. Where obedience has been turned upside down to disobedience. And while reflecting on those moments of when I have said those words…I’ve realized that I have learned some things through parenting. But I don’t want to just leave things that I have learned, but how I believe they apply to our spiritual lives.

Have I pointed out the good things that they have done and say “I hope that one day you have a child just like you!?”

At our recent Baptism and Family Night at Splash Kingdom, i had the chance to visit with Jami Johnson for a few minutes as things were starting to wind down. Jami, as many of you know, is the Stonepoint Member and WPISD teacher whose world was ripped apart almost 4 years ago, with the tragic death of her son, Adam, in an automobile accident.

She was sitting by herself in the shade, while her middle son, Aaron and his friends had fun at the park. I know she must have thought about how much her fun loving little Adam would have enjoyed the night, as well. We chatted for a few minutes, and i asked her how she was doing. I guess she sensed that i wanted honesty instead of the usual answers that people give that question.

Her response was so insightful, that i asked if i could share it.

She said, ‘i’m probably doing as well as most people. The difference is you know my struggle and my pain,’ she nodded toward the 700-plus folks at the water park, ‘and we don’t know what most of those people are dealing with.’ 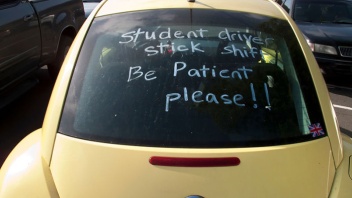 She went on to say that she’d recently seen a Facebook post where someone told of getting really frustrated, on the road behind a person driving erratically, jerking, braking quickly and having trouble going up inclines. On the path to road rage, he got closer, and noticed a sign on the back of the car saying “I’m learning to drive a stick shift.” His initial irritation with the other driver, suddenly turned to empathy as he recalled his own experiences grinding gears, stalling out going uphill, missing second, all of the struggles that most of us go through learning to drive a standard.

Because he knew the situation, he was able to have sympathy for the other driver, realize that the extra two minutes his trip was going to take was not really a big deal, and maybe even say a quick prayer for the obviously frustrated, embarrassed girl and her teacher.

It’s like when i see those cars with “Student Driver” emblazoned on them. I want to have some mercy, but based on the information, i also tend to stay the heck out of the way, just in case.

The problem is that most of us don’t have a sign.

We don’t walk around with something around our necks saying “Recently Divorced,” “Dealing With the Death of a Loved One,” “I Have an Unfaithful Spouse,” or the myriad other problems that can affect us, and affect the way we treat other people. Some of the time those hurts are invisible—internalized, or only shared with a few close friends. For other folks, they’re bubbling so close to the surface that they erupt at the slightest provocation, leaving the rest of us to wonder what’s wrong, or worse, grumble about a presumed lack of courtesy, irritability or sometimes, downright ugliness.

Would you get as frustrated in the grocery store if the older person in line in front of you that waited until all the groceries were scanned to pull out her checkbook had a sign on her back that said “I’m 80 and Have No One to Take Care of Me?” What if the driver going 50 in a 70 had a sign that said “I Lost My Job, and Can’t Afford to Get My Car Fixed, and Am on My Way to An Interview”—how would you feel about being stuck behind them then?

One time i saw a guy throw a large soft drink back through the drive thru window at a Wendy’s, because they’d gotten his drink order wrong. Maybe he was just a jerk, but looking back, i wonder what his sign would have read.

You’ve heard it said ‘hurting people hurt people.’ Everyone is dealing with a hurt, of some kind or another. Some of them we know, but most, we don’t.

Your pain may not have made the ten o’clock news like Jami’s did. In fact, it may be private and you may not feel that you have anyone to share it with. At Stonepoint, we try to set people up with as many opportunities for honesty as we can.

We also offer re:generation, a twelve step, faith-based recovery/discipleship ministry that has helped countless people deal with hurts and unhealthy habits in their lives. Re:gen gives people a chance to talk about things in their past that has affected their lives in ways they haven’t dealt with well, and gives them a means to a better life, free from that baggage. Re:gen meets at 7pm on Monday nights at our Wills Point Campus.

Some wounds never fully heal. Jami and many other people have had their worlds so altered by outside forces that hanging moment by moment on God’s promise to never leave or forsake is the only way they get through each day. (Deuteronomy 31:6) We can never fully know the extent of their pain and what goes through their minds, but God does, and reliance on Him is what we read on their signs.

Maybe you’re doing okay with your own struggles, whatever they are. Hopefully you’ve already given them to God, shared them with godly friends and dealing with them in a Biblical manner.

No matter what your story is—let’s try to treat everyone we come in contact with like they have a sign that we can’t see. We’re all dealing with something, and Stonepoint needs to be a church of people who treat everyone with that sort of empathy, whether they ever set foot inside our doors or not.

So if we’re in the car, at the grocery store, or in the halls at church asking ‘how are you?’— let’s look for the signs.