Do you ever wonder if you can make a difference?  Can you impact things for the better?  I believe that we can.  Matter of fact, we have the opportunity to decide who leads our cities, schools, and state through our right to vote.  Each election is extremely important, because the leaders we elect — from the federal to the local level — will determine our future on several important issues. 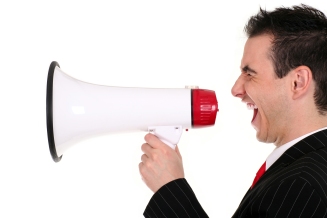 Although many countries do not have the right to a democratic system of voting, it has been our privilege in the United States to express our freedom through voting for more than 200 years. While many of us feel like our rights are under attack; or that our cities, schools, counties, and country need a change, we rarely believe that we can be a part of the change; or in many cases, the continued growth.  It’s estimated that there are at least 30 million strong Christians in America who love God and believe in the Bible but who do not vote. At the same time, every presidential election in the past 25 years has been won by less than 10 million votes.  At our local level, last year alone we had over 9,700 registered voters, yet only 653 of them voted.  That is less than 7% of all registered voters within our school district.

By remaining silent (or not voting), Christians are losing the right and ability to decide who will run our government, cities, schools, and other local level positions.  After all, they are the ones creating our public policies.  I personally want to elect people at all levels, which have a strong desire to see our cities, schools, state, and national leaders return to our Godly heritage.  Simply said, we must not set idly by and complain about things we want to change, especially when we fail to do something as simple as voting.  In Exodus 18:21, Moses was instructed to, “[S]elect out of all the people able men who fear God, men of truth, those who hate dishonest gain; and you shall place these over them as leaders of thousands, of hundreds, of fifties and of tens.” We must do the same thing. Voting is a powerful way to make our voices heard. It is not only one of our greatest rights as citizens of the United States of America; it is also our responsibility as Christians and believers in the Lord.  Essentially, many of us have a tendency to have strong opinions and share them with other people without much thought.  However, do we really have a right to an opinion or a voice if we do not exercise this simple right to elect our leaders?

In the very near future, we have several elections taking place at the local level, as well as the state level.  Please help MAKE A DIFFERENCE by taking a few minutes to vote.  Regardless of which city you live in, please take time to get informed about candidates.  Take time to do careful research and have healthy dialogue with candidates in your community; then let your voice be heard through your right to vote.

With that said, you can exercise your right to vote without demeaning other people or candidates.  So with that, I want to leave you with this simple, yet complex truth from Proverbs 12:18, “There is one who speaks rashly like the thrusts of a sword, but the tongue of the wise brings healing.”